Avoid Nitrogen Loss In the Soil

How It Works: Turf Genesis

After many years of positive feedback and tests, Southland Organics is confident of the benefits Turf Genesis has to offer. Turf Genesis is a versatile product; applying it several times before and throughout the growing season enables your lawn to increase in green up, root stimulation, aeration and disease prevention. In a recent University of Georgia field trial, Turf Genesis increased green up in turfgrass by 78%. We are continually discovering new areas it can effectively enhance the health of your lawn and the surrounding environment. One of those discoveries occurred recently.

To improve and to better understand the benefits of Turf Genesis, we conducted a leachate study on soil treated with Turf Genesis and the recommended amount of fertilizer. Leachate is water that has passed through or “leached out of” a solid (in this case soil) onto the other side containing some of the elements of the solid it passed through.

We conducted this study to confirm our assumption that Turf Genesis helps to improve local groundwater environments by reducing runoff and pollution. To prove this, we contracted IAS Labs and Agronomist Sheri McLane to perform the leachate test. Our hopes were high, and, just like we assumed, the results were extremely positive: Turf Genesis significantly decreases Nitrogen leaching in soils when it is applied, but, what exactly does that mean?

First, it’s important to understand what makes plants grow. In order to survive, plants need sunlight, water, and a growing medium. That’s why it’s hard to grow grass underneath trees and also why your lawn needs watering throughout hot summers when rainfall isn’t as high. Many other factors also affect plant growth including temperature, soil, and nutrients.

Many soils are already abundant in the nutrients that plants need, but they are unreachable due to poor soil quality. One primary way that we measure soil quality is cation exchange capacity or CEC. CEC is the capability of a soil to hold on to nutrients dissolved in the soil such as Nitrogen, Calcium, and Potassium.

This is where Turf Genesis comes in. As a soil conditioner, Turf Genesis enters your soil with a specially designed combination of humic and fulvic acids and a diverse population of bacteria that all work together to improve your soil’s ability to hold on to and promote uptake of nutrients.

One particularly challenging nutrient to keep in your soil is Nitrogen, but, of course, Nitrogen is also the most essential nutrient for plant growth, particularly in stimulating shoot growth or green-up. You may remember learning that DNA is the “blueprint” for life and make up the brains of our cells in the nucleus, but what you may not have realized is that nitrogen is essential to creating DNA and RNA. Nitrogen also combines with other elements to form amino acids which are the foundation for building proteins that then build the plant itself.

So how do we get Nitrogen? Much like water or other nutrients, nitrogen follows a cycle, transforming it into a form that plants can use through nitrification and is eventually returned to the atmosphere through denitrification. Nitrogen gas from the atmosphere or fertilizer enters the soil and goes through a nitrification process with the help of soil microbes. It is first converted to ammonium, then nitrite, and finally nitrate: the form plants like best.

Because nitrate isn’t the most stable form of nitrogen, it doesn’t want to stay in that form and typically follows one of four paths.

Nitrogen leaching is a physical event generally caused by water moving through the soil like after irrigating or heavy rain. If you have sandy soil, this is extremely familiar to you. Sandy soils have the lowest water holding capacity of all soil types and, subsequently, have a much greater potential to lose nitrate from leaching when compared to silt or clay soils.

The potential nitrogen loss is because sand particles are much larger than silt or clay particles. To get a better idea of the size, you can imagine sand particles as beach balls, silt particles like frisbees, and clay particles like the head of a pin. While water can get past a few beach balls easily, it will take much longer to work through lots of frisbees or pinheads. But, since water still passes through all soils, any form of soil is susceptible to nitrate loss due to leaching if rainfall or irrigation moves water through the root zone.

Loss of nitrate due to leaching is not only a waste of time, effort, and money for you, it is also detrimental for the environment through a process called nonpoint source pollution. As nitrates travel through the soil along with water, it can infiltrate groundwater and accumulate in ponds and slow-moving streams. Once they reach a high enough level, nitrates can even cause the suffocation of lake ecosystems through a process called eutrophication.

Eutrophication is caused by algal blooms which feed on the nitrate runoff and cover the surfaces of ponds. Once it covers the water surface, sunlight cannot reach the bottom which prevents vital water plants to photosynthesize (make their own food) and also release oxygen into the water which allows aquatic organisms like fish and frogs to survive. If they don’t flee, these aquatic organisms will die off, and the entire ecosystem can collapse.

Now that we understand how important it is to prevent nitrate leaching, the results of our test at IAS Labs become even more impressive….
According to the results,

That’s right, according to the test, Turf Genesis was able to prevent leaching by 45% compared to the untreated soil! If you’re in the turf industry or if you want healthier, greener grass without the worry of negatively affecting your environment, Turf Genesis should be added to your maintenance routine.

We’re excited to share these results because it proves what we’ve known for years and makes sense scientifically. Turf Genesis works with fertilizers to increase soil capacity and targets nitrogen at several critical points during its cycle. The humic and fulvic acids in Turf Genesis increase the net-negative charge of the soil which means it can better hold on to Nitrogen during it’s positively charged state as ammonium. The microbiology in Turf Genesis consumes the ammonium, holding nitrogen in their body until they die, at which point it can then be taken up by the plants. That’s another reason why we encourage you to use Turf Genesis more than once a growing season: it replenishes the microbiology that dies. 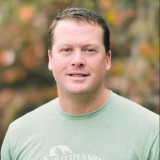 It has been a few years, but the results of this particular study have been realized again and again on other onion stands.  A few years back...

A member of the Georgia Appalachian Trail Club found out about our PORT product through a contact at the Joshua Tree in California.  Joshua Tree was using...

What England experienced in 2001 was unprecedented. The world has not seen anything like it since and the UK has still not fully recovered. The foot and mouth outbreak was devastating...